In the land of the blind desperately seeking a one eyed man:

STPs are an attempt to drive every last ounce of efficiency out of the NHS. Short deadlines, secrecy and NHS England control freakery have shaped the development of these plans across the country. They locked chosen healthcare leaders in a room and told them to come up with the answer. Now they have been let out of the room and their plan for our health community has been released does it shed any light on what we need to do? Sadly it does not and below I explain why and what I think we now need to do in our health community.

An effective plan has a number of key elements necessary for success a clear vision is the starting point and this STP nods to this by including a heading entitled Vision but then fails to describe anything other than a hope that our population can be healthier, that Primary Care will do the work and Scale, much like 42, is the answer to the meaning of STP life.

Plans need to be simple and the larger the project the simpler its messages need to be in order to get understanding and appropriate action from those going to implement it. This is a big plan. So what do we get? Nearly 40,000 words crammed into 124 pages, tiny print, in ten unconnected documents. Produced in the name of collaboration it is delivered in silos. The language is often management speak and incomprehensible to a public audience.I defy anyone even the authors to see this as a workable expression of the plan…yet it has been signed off by NHS England.

Many will have gone straight to the Plans on a Page to get a quick visual overview of the implementation plans for their field of interest. You get there and OMG the print is small and you glance through the headings and see Aims then Objectives then Outcomes: three separate headings with multiple bullet points all describing destinations but virtually nothing about how to get there. What are you doing guys? Plans on a page have to be SMART

How does this STP do on plans for General Practice? I will just select out a few areas.

Significantly and rather hidden within this STP (Document B2) there is a link to another plan that for a General Practice Sustainability and Transformation Delivery Programme(GPSTDP). A plan we are told that will solve the problems in General Practice but without containing any detail. The absence of this GPSTDP, which, incidentally, is being drawn up by NHSE without the input of the General Practitioners it claims to sustain, is another omission that undermines the credibility of this STP.

The plan on a page is deficient as it fails to acknowledge the enormous workforce crisis of rapidly falling GP numbers and there is magical thinking around the skill mix that might replace them. So when it then mentions General Practice being able to just absorb 12% increase in demand it feels like a slap in the face. Magical thinking is again expressed in the idea that a 27% reduction in GP activity can be delivered in the real world- this number was drawn from a study where GPs were asked after they had seen the patient whether they could have been managed by a non-GP.

Practices will move out of their premises, bizarrely labeled as unfit for purpose by this STP, bizarrely because our area actually comes out very well when inspected by CQC, into smart new hubs which will have descended into the centre of natural communities from cloud cuckoo land.

General practice is by implication also unfit for purpose by virtue of being too small which ignores the fact that the big chunk of money spent in general practice is in the cost of the consultation. There is NO EVIDENCE that scale or as far as I am aware skill mix, delivers general medical practice consultations at lower cost. Savings may be achieved through collaborative working and may be worth having but they are marginal and lets not delude ourselves that they will solve the problem that we face: the underfunding of core General Practice.

So what can we take forward? Well the plan has

The plan needs urgent revision and must now:

If it is to work it requires effective GP engagement and must:

Finally it requires NHS England to give the STP horse its head, which means NHS England must both let go of the reins and take off the blinkers.

If these changes do not happen then the BNSSG Sustainability and Transformation Plan will remain a plan for the blind to lead the blind with the edge of a cliff dangerously at our feet. If we fall many of us, and our patients may not survive. 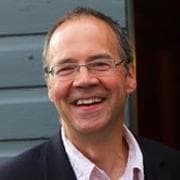 General Practitioner and positive deviant. Committed to improving healthcare. Chair of One Care (BNSSG) Ltd. All views expressed here are personal and do not represent those of the organisations I work in.